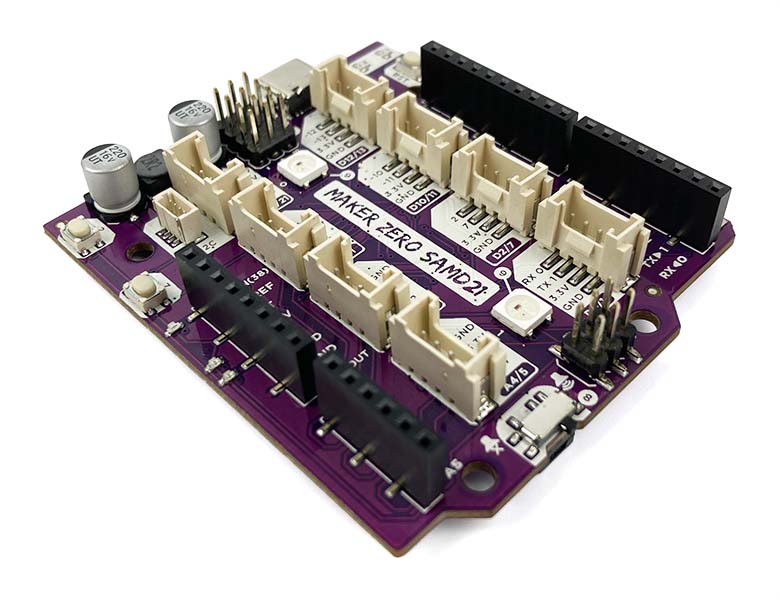 Do you need a powerful microcontroller with low power consumption for your project? Introducing Maker Zero SAMD21, a development board based on the famous ATSAMD21 chip featuring a 32-bit ARM Cortex® M0+ core.

Maker Zero SAMD21 is packed with convenient yet exciting features such as a servo ports, grove ports, GPIO LED indicators, RGB LEDs, programmable push buttons and a piezo buzzer. It has the same form factor as Arduino Uno and compatible with Arduino Zero.

The Maker Zero SAMD21 is shipped with bootloader from Adafruit that accepts code from Arduino IDE. The bootloader also allows you to easily change the board to CircuitPython mode by double-tapping the reset button and copying the .uf2 file that contains CircuitPython firmware into the board.

This is the latest unstable release of CircuitPython that will work with the Maker Zero SAMD21.