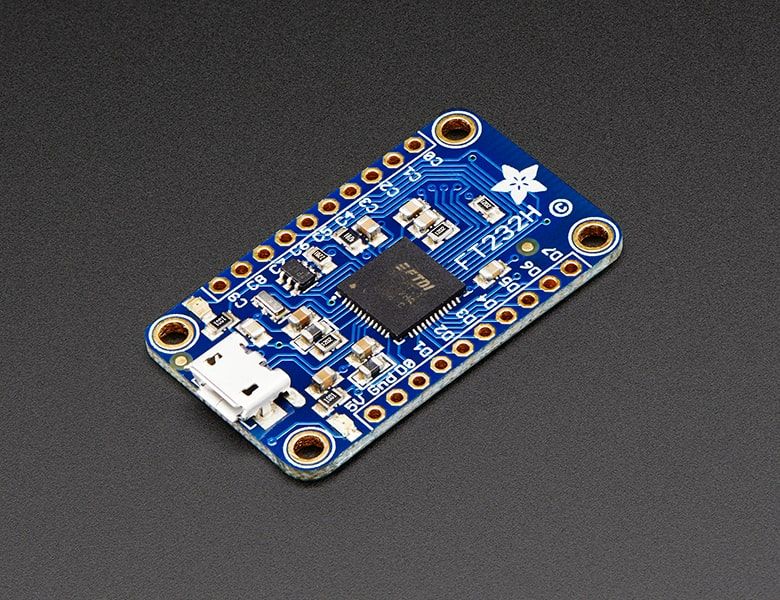 What can the FT232H chip do? This chip from FTDI is similar to their USB to serial converter chips but adds a ‘multi-protocol synchronous serial engine’ which allows it to speak many common protocols like SPI, I2C, serial UART, JTAG, and more! There’s even a handful of digital GPIO pins that you can read and write to do things like flash LEDs, read switches or buttons, and more. The FT232H breakout is like adding a little swiss army knife for serial protocols to your computer!

This chip is powerful and useful to have when you want to use Python (for example) to quickly iterate and test a device that uses I2C, SPI or plain general purpose I/O. There’s no firmware to deal with, so you don’t have to deal with how to “send data to and from an Arduino which is then sent to and from” an electronic sensor or display or part.