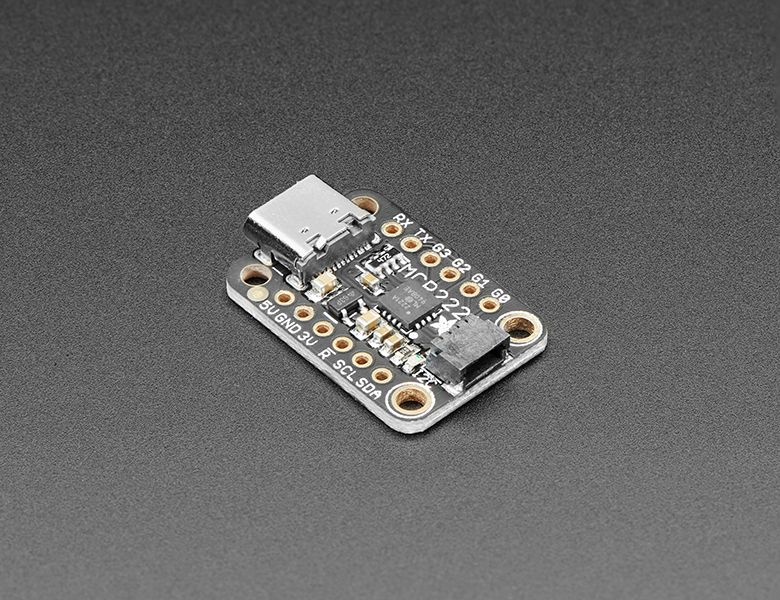 What can the MCP2221 chip do? This chip from Microchip is similar to a USB to serial converter chips but adds a GPIO and I2C interface as well. The analog/digital GPIO pins can act as 10-bit analog inputs (ADC) and there’s even a 5-bit DAC output. The I2C interface is great for talking to OLEDs, sensors, PWM drivers, its the most popular interface for small devices. You can use the GPIO to do things like flash LEDs, read switches or buttons, and more. The MCP2221A breakout is like adding a little swiss army knife for serial protocols to your computer!

This chip is powerful and useful to have when you want to use Python (for example) to quickly iterate and test a device that uses I2C or general purpose digital and analog I/O. There’s no firmware to deal with, so you don’t have to deal with how to “send data to and from an Arduino which is then sent to and from” an electronic sensor or display or part.