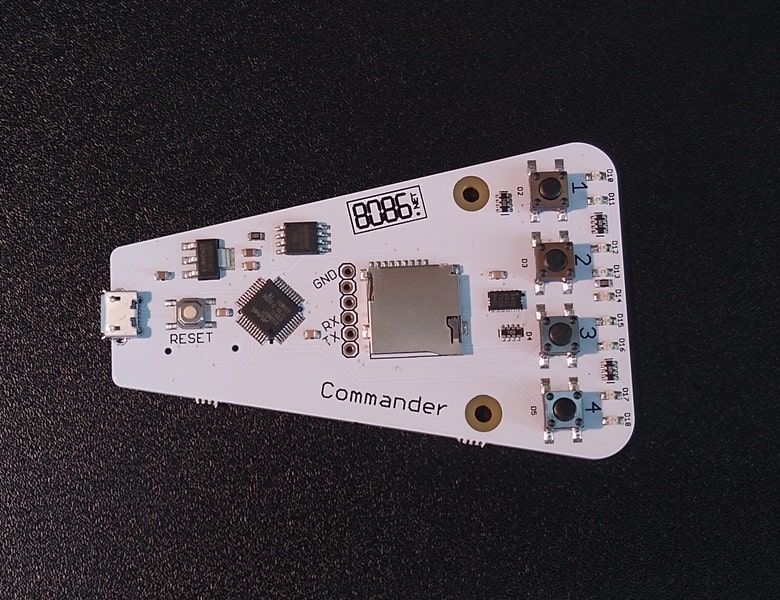 The Commander is a handheld button and LED board supplied with the UF2 bootloader and CircuitPython.

This is the latest stable release of CircuitPython that will work with the Commander.

This is the latest unstable release of CircuitPython that will work with the Commander.