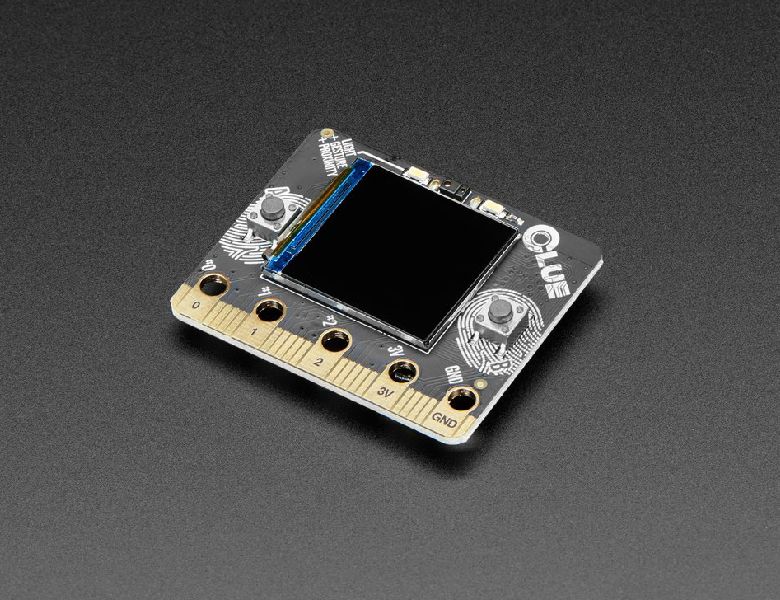 We wanted to build some projects that have a small screen and a lot of sensors. This board has a 1.3″ 240×240 IPS TFT display, two buttons, and a ton of sensors:

We’ll be primarily using CircuitPython for programming it, but it will also work in Arduino. And of course, we’d love to see MakeCode on it!

After designing it, the board was close enough to micro:bit-shape-size that we moved a few parts to make it fit in micro:bit robots and some projects – the nrf52840 is a big upgrade chip and can do stuff like Tensorflow Lite for Microcontrollers, BLE central and peripheral, and more.

This is the latest stable release of CircuitPython that will work with the CLUE NRF52840 Express.

This is the latest unstable release of CircuitPython that will work with the CLUE NRF52840 Express.

Updating the bootloader on nRF52840 boards is an involved process right now. Follow the instructions in this README. It is not necessary to update on each release if your bootloader is working fine. Read the release notes on GitHub to see what has been changed.