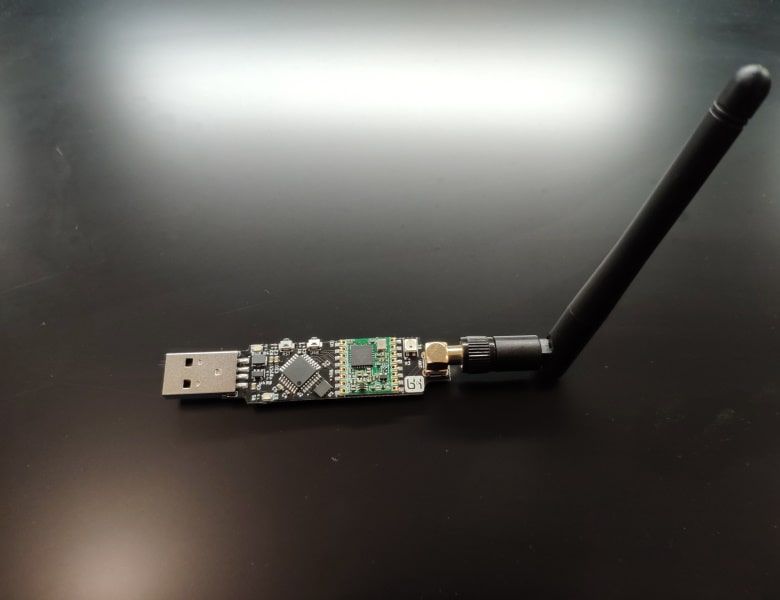 DynaLoRa-USB is a low cost and open source, CircuitPython and Arduino compatible, LoRa tinkering dongle designed by and for makers.

Our aim is to facilitate access to the hottest radio technology (LoRa) through the use of maker-friendly languages such as Python and the Arduino framework. With that intent, DynaLoRa-USB is a simple device that you just plug and play with! It includes a powerful SAMD21 microcontroller and a HopeRF LoRa radio module (RFM96W for 868/915 MHz), an user button, an RGB LED and an external interface to plug your favorite peripherals.

This board is open source hardware. You can check the docs and contribute here.

This is the latest stable release of CircuitPython that will work with the DynaLoRa-USB.

This is the latest unstable release of CircuitPython that will work with the DynaLoRa-USB.