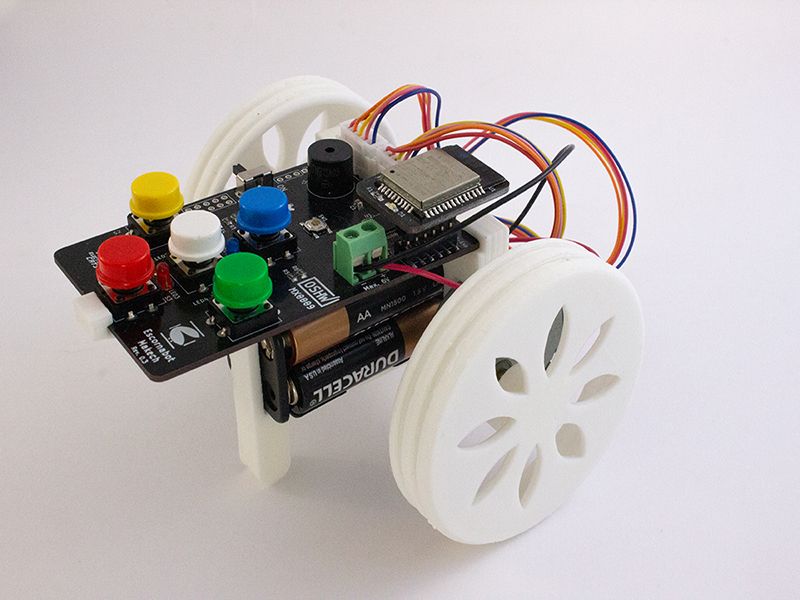 Escornabot is an open source/hardware project that aims to bring robotics and programming to children.

The basic Escornabot can be programmed with the robot’s buttons to execute sequence of movements. From this, imagination is the only one limit to the possibilities.

This is the latest stable release of CircuitPython that will work with the Escornabot Makech.

This is the latest unstable release of CircuitPython that will work with the Escornabot Makech.