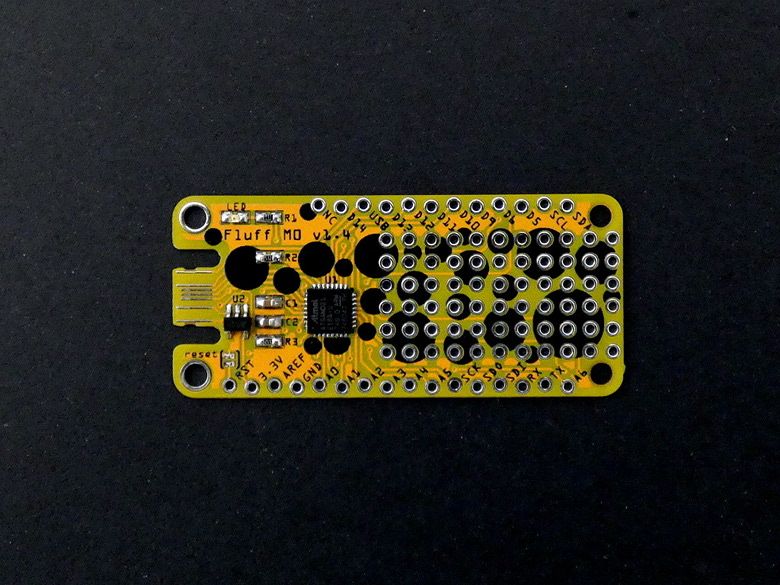 A minimal CircuitPython board compatible with the Feather M0 Basic. Everything that is non-essential has been removed, and the smallest possible chip is used.

Here are some handy specs!

This is the latest stable release of CircuitPython that will work with the Fluff M0.

This is the latest unstable release of CircuitPython that will work with the Fluff M0.