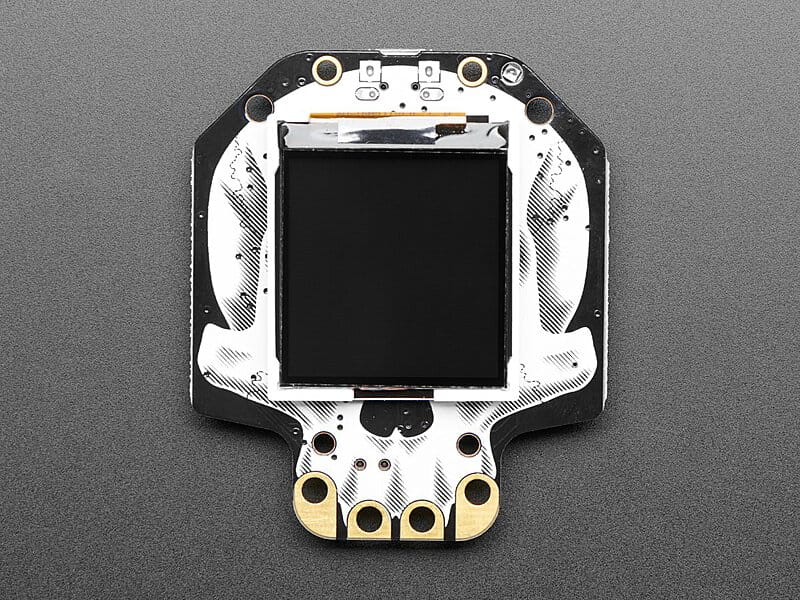 Are you the kind of person who doesn’t like taking down the skeletons and spiders until after January? This is development board for you. This is electronics at its most spooky! The Adafruit HalloWing is a skull-shaped ATSAMD21 board with a ton of extras built in to make for an adorable wearable, badge, development kit, or the engine for your next cosplay or prop.

On the front is a cute 1.44” sized 128x128 full color TFT. There’s also 4 fang-teeth below the display, these are analog/capacitive touch inputs with big alligator-clip holes.

On the reverse is a smorgasbord of electronic goodies:

Right now you can use the Hallowing similarly Feather M0 Express, it’s got the same chip although the pins have been rearranged. CircuitPython support, the extra 8 MB of SPI Flash is great for sound effects projects where you want to play up to 3 minutes of WAV files.

On each side of the Hallowing are JST-PH plugs for connecting external devices. The 3-pin JSTs connect to analog pins on the SAMD21, so you can use them for analog inputs. One is labeled for Neopixel and one for Sensors since most people will have one of each. The 4-pin JST connector connects to the I2C port and you can fit Grove connectors in it for additional hardware support.

Comes fully assembled and ready to be your spooky friend. Comes installed with the UF2 bootloader.

This is the latest stable release of CircuitPython that will work with the HalloWing M0 Express.

This is the latest unstable release of CircuitPython that will work with the HalloWing M0 Express.