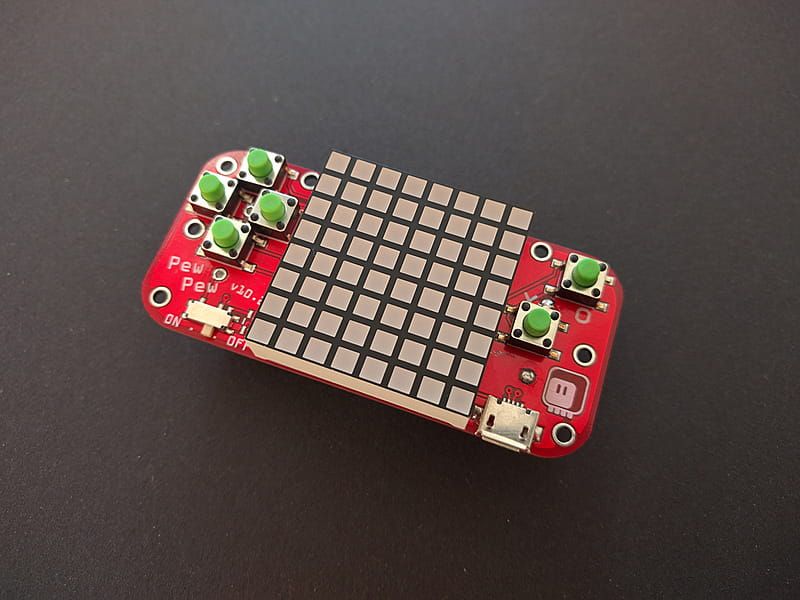 This board was designed to be an affordable device for teaching game development. An eight by eight display, with four shades of pixels, together with an equivalent of a Trinket M0 on board let you create and play simple games such as Snake, Tetris or Frogger. A number of example games, together with an online tutorial and documentation, let you quickly pick up the skills that you will later find useful when creating bigger games and interactive applications. A row of pins on the back also lets you connect anything you could use with other boards, so you can also use this for playing with electronics.

This is the latest stable release of CircuitPython that will work with the PewPew.

This is the latest unstable release of CircuitPython that will work with the PewPew.