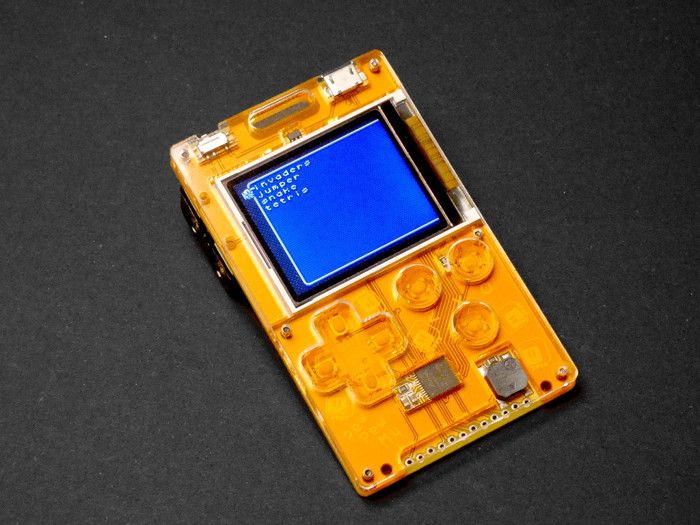 This board was designed to get you to make games with CircuitPython with minimal fuss and also minimal cost. It comes with a powerful SAMD51 Cortex M4 microcontroller already loaded with CircuitPython and some example games, a 160x128 display, and seven buttons arranged in a familiar way. Just plug it into USB and you can modify the example games or write your own.

If you update this board from version 5.x or older to version 6.x or newer, you have to replace the main.py file with a newer version obtained from the repository, otherwise the game selection menu will not work with the new version of CircuitPython.

More information is available at pewpew.rtfd.io and Hackaday.io.

This is the latest stable release of CircuitPython that will work with the PewPew M4.

This is the latest unstable release of CircuitPython that will work with the PewPew M4.