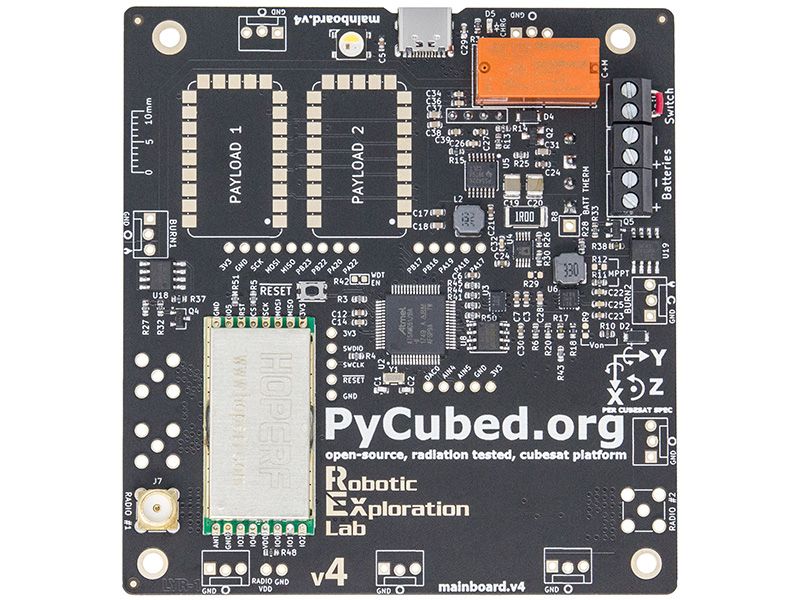 ⭐ Double-check the your PyCubed board version before updating firmware.

PyCubed is an open-source, radiation-tested small satellite framework programmable entirely in CircuitPython. Capable of all standard operating functions a small satellite might need, the PyCubed mainboard provides University and hobbyist teams an entirely open-source and sate-of-the-art hardware and software avionics solution for their satellite missions without having to spend tens of thousands of dollars for antiquated commercial products.

Yet PyCubed’s greatest value is its ease of programming & immense documentation. With nearly 100 detailed write-ups and tutorials, PyCubed’s online resources are available to everyone and even include a step-by-step guide that walks you from unboxing and LED blinking all the way through full-featured mission software examples.

This is the latest stable release of CircuitPython that will work with the PyCubedv04.

This is the latest unstable release of CircuitPython that will work with the PyCubedv04.