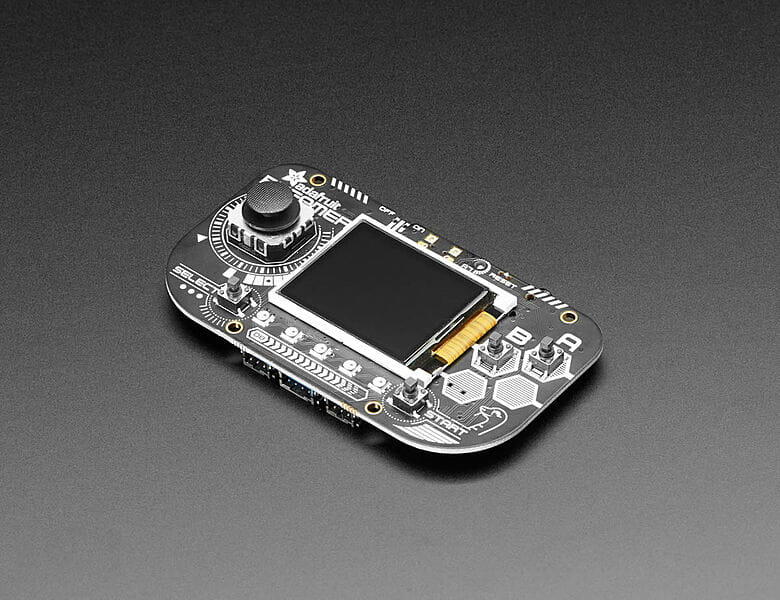 The Adafruit PyGamer is an entry-level gaming handheld for DIY gaming and maybe a little retro-emulation, all in one compact dev board.

The PyGamer is powered by the ATSAMD51 microcontroller with 512KB of flash and 192KB of RAM. There is an additional 8 MB of QSPI flash for file storage, handy for images, fonts, sounds, or game assets.

On the front, you get a 1.8” 160x128 color TFT display with a dimmable backlight. There is fast DMA support for drawing - screen updates are incredibly fast. A dual-potentiometer analog stick gives great control, with easy diagonal movement, or really any direction you like. There are also 4 square-top buttons which fit square top button caps (available separately). The buttons are arranged to mimic a gaming handheld, with 2 menu-select buttons and 2 fire-action buttons. There are also 5 NeoPixel LEDs below the LCD screen to dazzle or track activity.

On the back, there is a full Feather-compatible header socket set to allow plugging in any FeatherWing, providinge expansion of the PyGamer’s capabilities. There are 3 integrated STEMMA connectors: two 3-pin with ADC/PWM capability and one 4-pin that connects to I2C - this can be used for Grove sensors as well.

For built in sensors, there’s a light sensor that points out the front, and a 3-axis accelerometer that can detect taps and free-fall. To make bleeps and bloops, plug in any set of stereo headphones. For projects where you need more volume, you can plug in an 8 ohm speaker. The PyGamer will auto-switch to speakers when they’re plugged in. 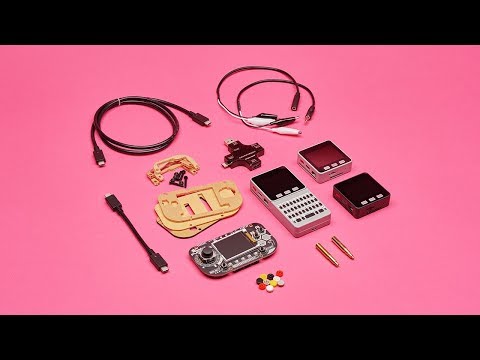 This is the latest stable release of CircuitPython that will work with the PyGamer.

This is the latest unstable release of CircuitPython that will work with the PyGamer.