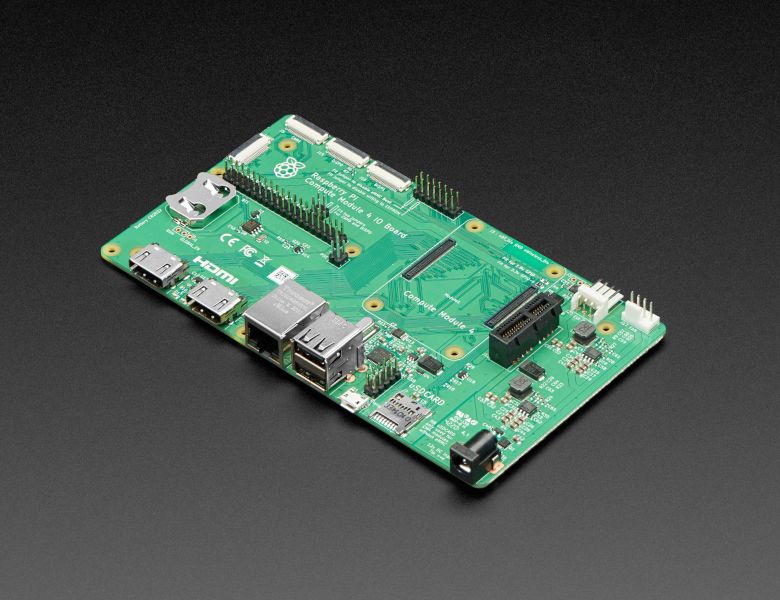 NOTE: Not all features are supported in CircuitPython.

The Compute Module 4 IO Board is a development board for those who wish to make use of the Raspberry Pi in a more flexible form factor, intended for industrial applications.

While the Compute Module contains the guts of a Raspberry Pi 4 (1.2GHz, quad-core Broadcom BCM2837 processor), it does not have any easy-to-use ports for development. That’s where this IO Board comes in!

These downloads are for CircuitPython standalone on the Raspberry Pi (not Blinka). There is no underlying operating system. It is in its early developments.

After installing the disk image on an SD card, the normal CircuitPython USB workflow will be available on the micro-B connector on the IO board. EMMC compute modules are not supported yet.

This is the latest stable release of CircuitPython that will work with the Compute Module 4 IO Board.

This is the latest unstable release of CircuitPython that will work with the Compute Module 4 IO Board.