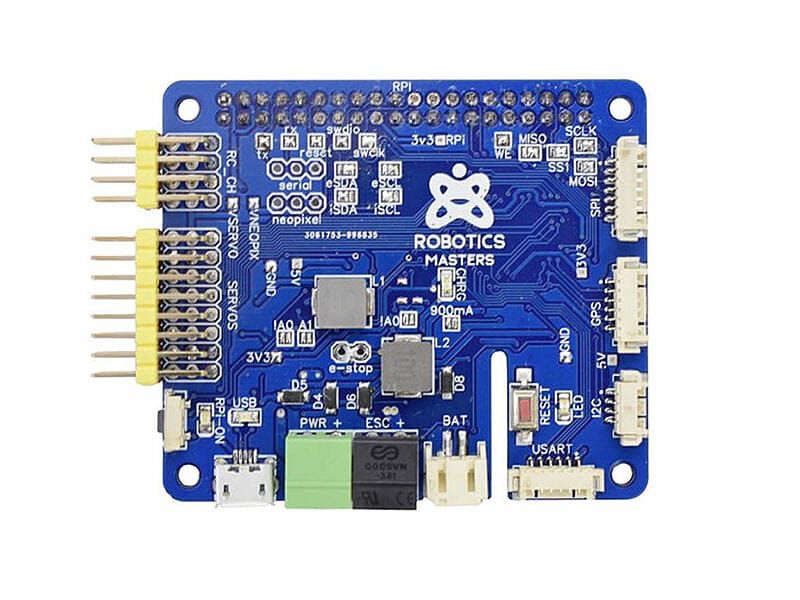 The Robotics Masters Robo HAT MM1 is an open source robotics controller board for Raspberry Pi. It is education focused but works in many applications. The Robo HAT provides all the hardware you need in one simple, easy-to-use form factor. It removes the initial barriers to starting any robotics project.

With support for Adafruit CircuitPython and other libraries the Robo HAT is able to act as a single solution for all projects great and small.

The Robo HAT MM1 removes the need for buying lots of individual components by including them on the board. It can act as a PWM driver, provide on-board power through voltage regulators, and measure movement with the on-board IMU - all at the same time.

The wide compatibility with many open source software platforms such as CircuitPython means you can use all existing software for sensors while creating your project in the way that works best for you. The hardware schematics and software are fully open source.

This is the latest stable release of CircuitPython that will work with the Robo HAT MM1 M4.