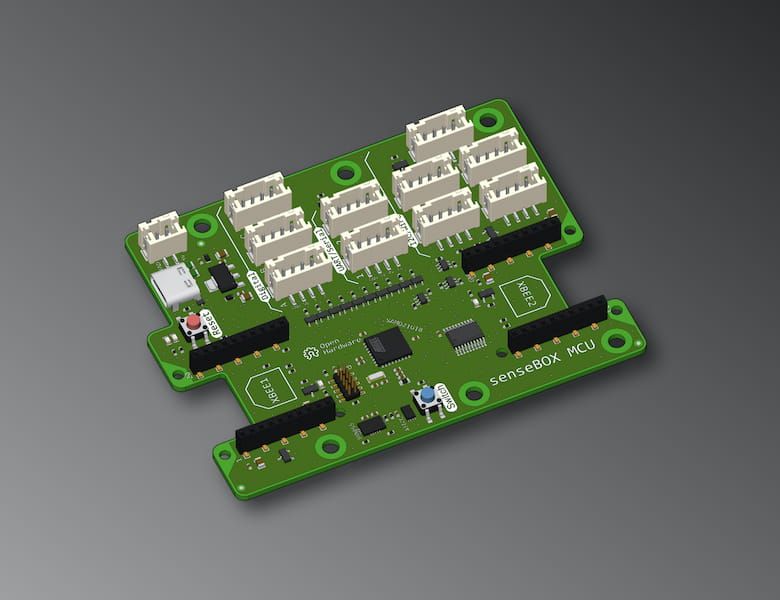 The senseBox-microcontroller (MCU) is specially designed and developed for the senseBox project. The three main advantages and characteristics of the microcontroller are: expandability, speed, and efficiency.

The processor is based on the ARM Cortex-M0+ processor from Microchip’s SAM D21 family.

Sensors and actuators are addressed via proven interfaces such as I2C, UART and digital I/Os with a robust JST connector system (5V tolerant).

UART or SPI modules are offered via the two XBee compatible sockets. Optionally, the data transmission can be performed via WLAN, LAN, or LoRa in real time. Alternatively, the data can be stored on a micro SD card.

This is the latest stable release of CircuitPython that will work with the senseBox MCU.

This is the latest unstable release of CircuitPython that will work with the senseBox MCU.