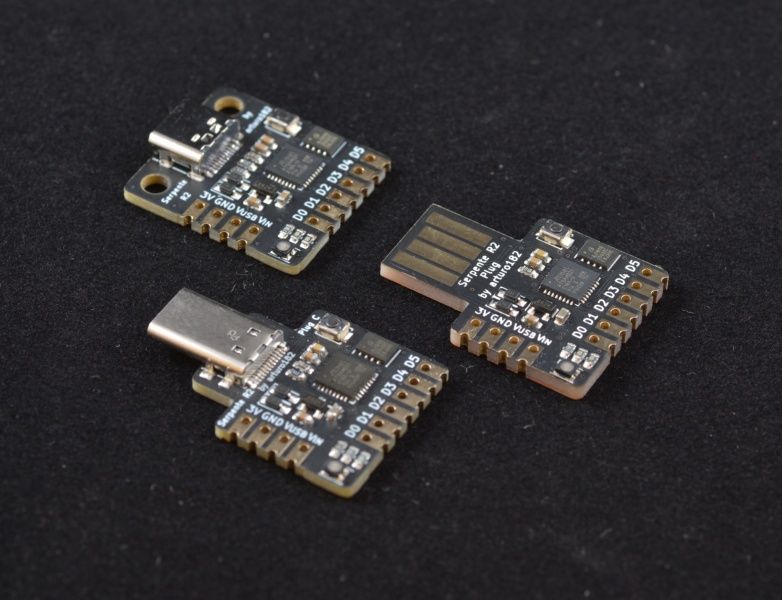 There are two Serpente boards, they are both virtually the same, except for the USB connector. The standard Serpente board contains a USB-C connector, and the Serpente Plug uses the board itself as a Type-A USB plug.

Here are some of the technical details regarding the boards:

This is the latest stable release of CircuitPython that will work with the Serpente.

This is the latest unstable release of CircuitPython that will work with the Serpente.