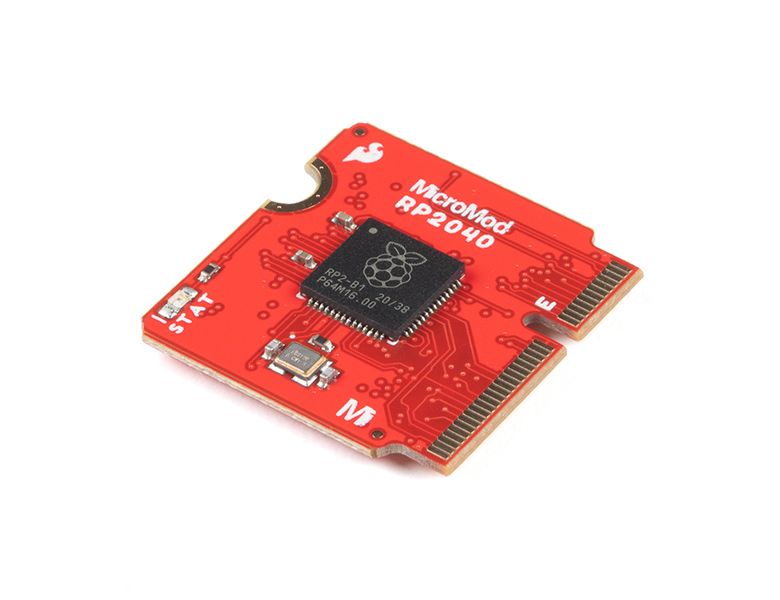 The SparkFun MicroMod Pi RP2040 Processor Board is a low-cost, high-performance board with flexible digital interfaces featuring the Raspberry Pi Foundation’s RP2040 microcontroller. With the MicroMod M.2 connector, connecting your MicroMod Pi RP2040 Processor Board is a breeze. Simply match up the key on your processor’s beveled edge connector to the key on the M.2 connector and secure it with a screw (included with all Carrier Boards).

The RP2040 is supported with both C/C++ and MicroPython cross-platform development environments, including easy access to runtime debugging. It has UF2 boot and floating-point routines baked into the chip. The built-in USB can act as both device and host. It has two symmetric cores and high internal bandwidth, making it useful for signal processing and video. While the chip has a large amount of internal RAM, the board includes an additional external flash chip.

This is the latest stable release of CircuitPython that will work with the MicroMod RP2040 Processor.

This is the latest unstable release of CircuitPython that will work with the MicroMod RP2040 Processor.