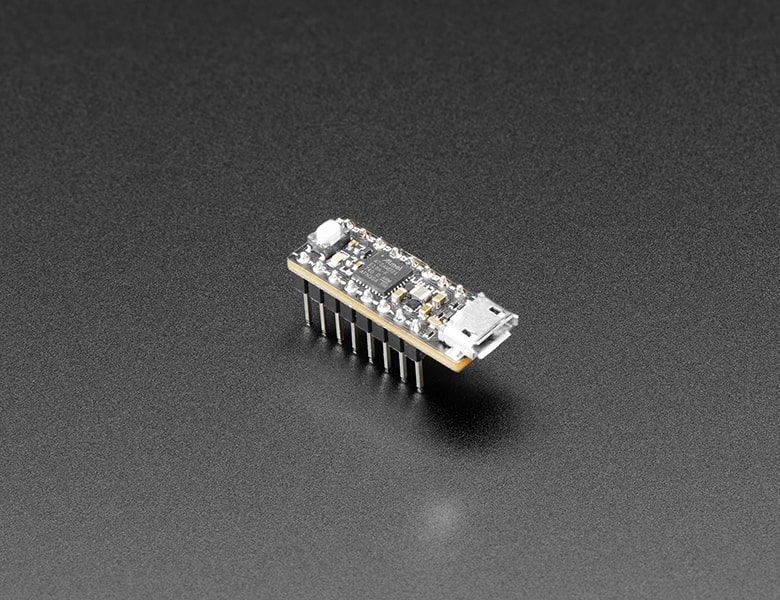 Despite a size smaller than the ATMEGA328 which powers Arduino Uno, uChip mounts the same ATSAMD21 series of Arduino Zero! Everything that runs on Arduino Zero runs also on uChip, at the same speed! However, unlike Arduino Zero, it fits a 16-pin DIP socket and it leaves a lot of space on your breadboard. No more bulky shields or flying wires all around your breadboard!

And now uChip runs CircuitPython too!

Unlike many Arduino Zero compatible board, uChip also mounts a high efficiency buck converter, which converts the USB voltage down to 3.3V at up to 1A, which is provided on pin 16, for the external circuitry. A software-selected pass-through mode also allows to output 5V instead of 3.3V. uChip can operate also as an USB host. For this purpose, a built-in boost converter can provide up to 500mA to the external USB device, even when the input voltage is as low as 3.3V. The built-in automatic power-path management prevents external power from being fed into an USB port, when uChip is connected to a PC/Mac, and a voltage is provided also externally on pin 16.

You can program uChip using virtually any IDE, in many languages (CircuitPython too!) and you can choose of using either the USB port or an external SWD programmer.

This is the latest stable release of CircuitPython that will work with the uChip M0.

This is the latest unstable release of CircuitPython that will work with the uChip M0.