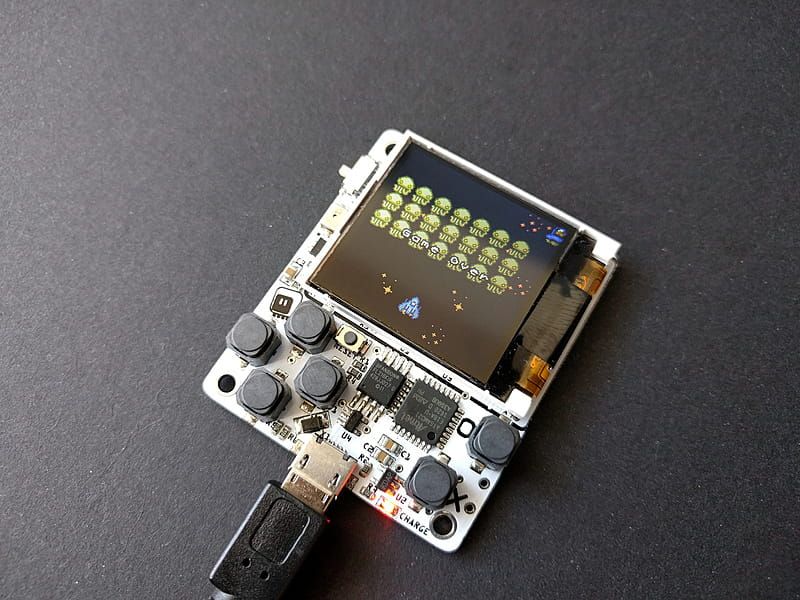 A tiny game console programmable with Python, which lets you easily re-create the classic titles. Just draw your sprites in 16-color BMP files, generate sounds as mono WAV files, and write code in CircuitPython, using the Stage library which gives you graphic primitives such as tiled grids and sprites.

More information about the project is available at hackaday.io.

This is the latest stable release of CircuitPython that will work with the µGame.

This is the latest unstable release of CircuitPython that will work with the µGame.