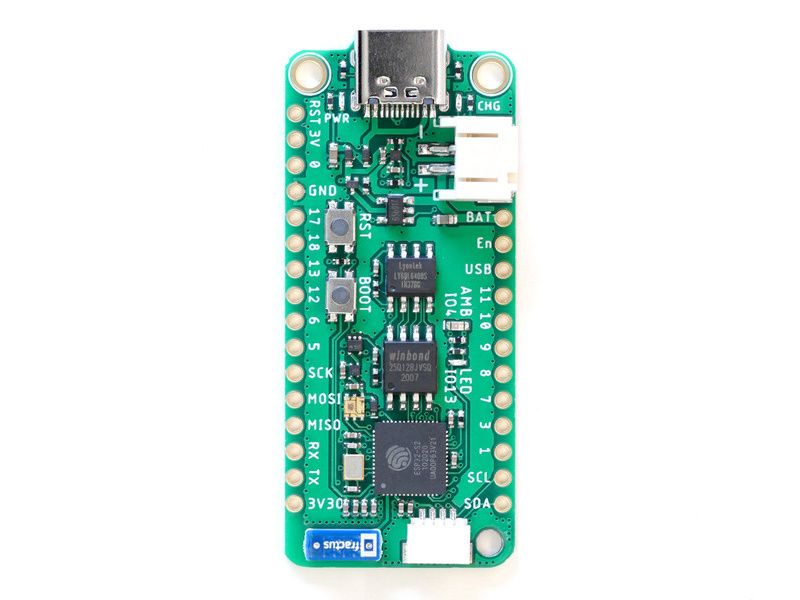 Pre-Release version of the FeatherS2 For those that purchased the pre-release version and would like to run CircuitPython on it without having to compile from source.

2x LDO Voltage Regulators? Yup! The first one is for the general operation of the board and the ESP32-S2, RAM and Flash.

The second LDO is for you to use to connect external 3V3 modules, sensors and peripherals, and it has programmable EN control tied to GPIO21 + it’s connected to the deep sleep capabilities of the S2, so if the S2 goes into deep sleep, the 2nd LDO is automatically shut down for you!

You can find out more about the FeatherS2 at feathers2.io, including how to install the UF2 Bootloader.

The FeatherS2 pre-release boards are no longer available for purchase now that the final release version is out, which you can grab from these locations:

This is the latest stable release of CircuitPython that will work with the Unexpected Maker FeatherS2 Prerelease.

This is the latest unstable release of CircuitPython that will work with the Unexpected Maker FeatherS2 Prerelease.