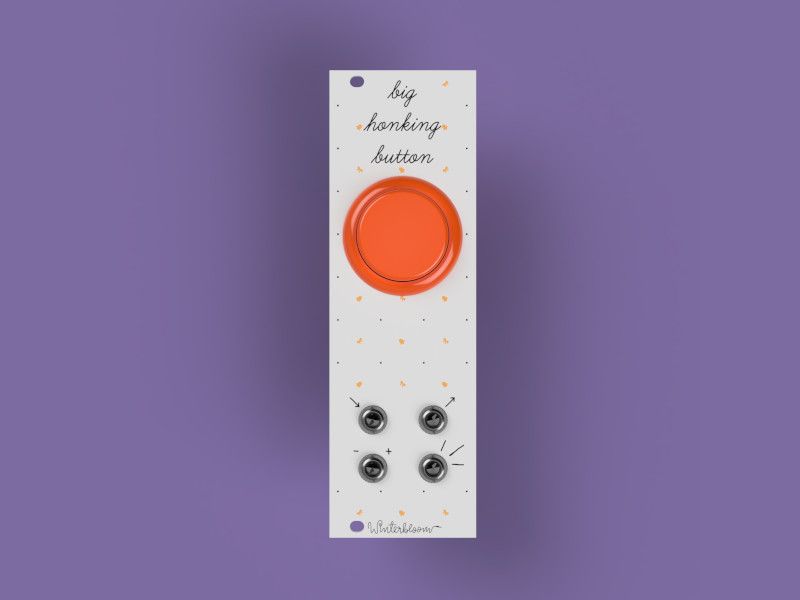 Winterbloom Big Honking Button is a modular synthesizer (Eurorack) module. It is very simple sampler in a very silly package. It makes a nice goose honk when you press its large orange button, and you can use CircuitPython to customize its behavior and samples.

The BHB is available for purchase on Winterbloom.com and several modular synthesizer distributors.

This is the latest stable release of CircuitPython that will work with the Winterbloom Big Honking Button.

This is the latest unstable release of CircuitPython that will work with the Winterbloom Big Honking Button.