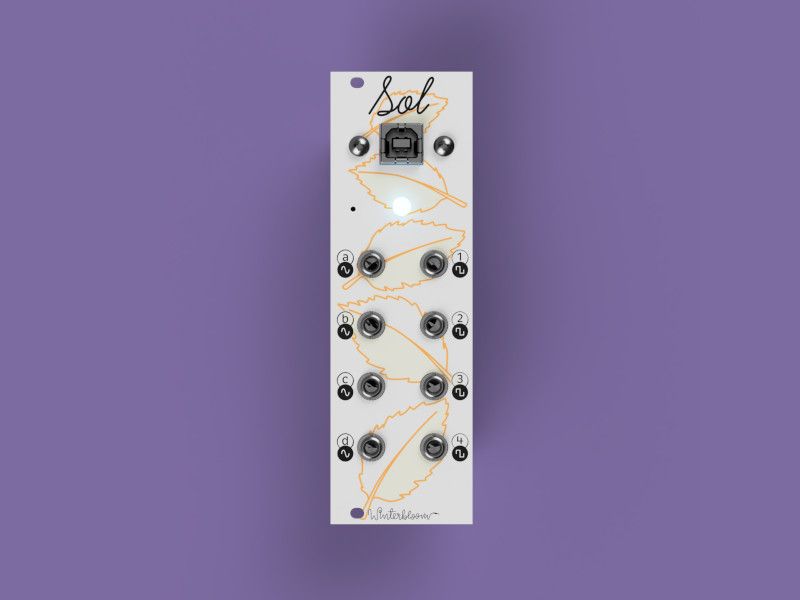 Winterbloom Sol is a modular synthesizer (Eurorack) module. It is a multi-purpose, scriptable USB MIDI to CV/gate converter. Its code can be modified while in use to change how it processes MIDI data into CV and gate outputs.

Sol is available for purchase on Winterbloom.com and several modular synthesizer distributors.

This is the latest stable release of CircuitPython that will work with the Winterbloom Sol.

This is the latest unstable release of CircuitPython that will work with the Winterbloom Sol.