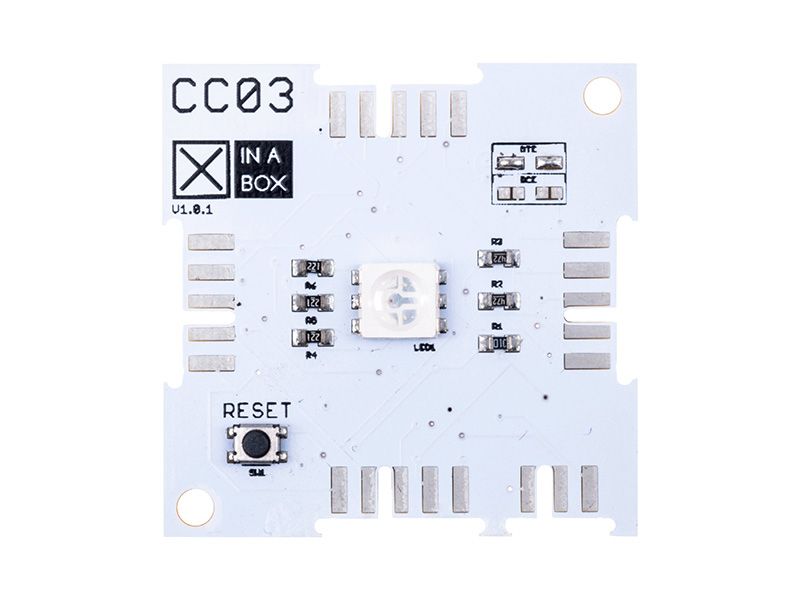 This xCHIP forms part of the core modules. The SAM D21 is a series of low-power micro controllers using the 32-bit ARM® Cortex® -M0+ processor, with 256 KB Flash and 32KB of SRAM. Compatible with Arduino platform due to the shared architecture with the Arduino M0.

This is the latest stable release of CircuitPython that will work with the XinaBox CC03.

This is the latest unstable release of CircuitPython that will work with the XinaBox CC03.