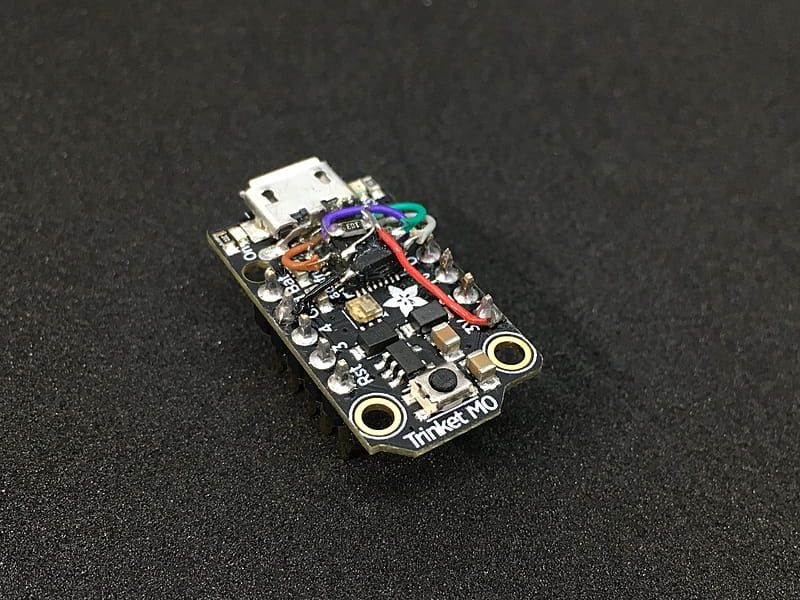 This is a Trinket M0 that has been had a SPI flash chip bodged on by Dave Astels. It is not available for purchase.

It was documented as a DIY project here.

This is the latest stable release of CircuitPython that will work with the Trinket M0 Haxpress.

This is the latest unstable release of CircuitPython that will work with the Trinket M0 Haxpress.